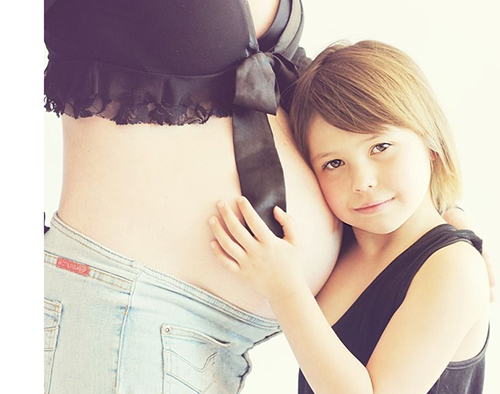 The refined version of the Rewind Technique, as taught by HG College, is now set to be offered for birth trauma on the NHS following accreditation by the Royal College of Midwives (RCM) of a new birth trauma resolution training course for midwives developed by Human Givens Diploma graduate and hypnobirthing practitioner/trainer Jenny Mullan.

"I have also been invited to run a workshop and have a stand at the European Midwifery Conference later this year. The conference will be attended by leaders in midwifery education from all over Europe and Australia and New Zealand, which is very exciting – it means that the rewind technique for birth trauma could be taught all over the world. I will be working very hard to make that happen."

This is fantastic news – Jenny's determination and hard work is paying off.

"For the last 16 years I've worked as a clinical hypnotherapist and for 15 years as hypnobirthing practitioner and trainer. It was whilst speaking about hypnobirthing at the 'Primary Care Trust live in London' conference back in 2009 that I was introduced to human givens (HG) training. One of the co-founders of the HG approach, Joe Griffin, also happened to be speaking.

"It was a chance chat with a nurse and Human Givens Practitioner in the speaker’s lounge that actually led me to investigate Human Givens teaching further. We had a very interesting conversation about the rewind technique and its potential for treating PTSD. To be honest, at first I couldn’t see what the difference was between what I was doing as a clinical hypnotherapist and Human Givens psychotherapy. However, when I returned home I looked up the ‘rewind technique’ and immediately enrolled on the two-day training course.

"I was absolutely blown away by the quality of HG training – the underlying philosophies and neuroscience fascinated me and filled a lot of gaps in my understanding. I was hooked and one year later had completed all the modules and passed my diploma with distinction. I later qualified as a full Human Givens practitioner after completing my Part III.

"I now had two passions: hypnobirthing and Human Givens Psychotherapy.

"So in November 2015, I set about writing a new hypnobirthing syllabus, including my understanding of childbirth, pre and perinatal psychology and Human Givens Psychotherapy. For me it has taken my teaching of hypnobirthing to a new level. I applied to the Royal College of Midwives for accreditation and was awarded that in March 2016.

"My real passion though was to design a birth trauma resolution training course for midwives, doulas, hypnobirthing practitioners and maternity nurses. I wanted to get it accredited by the RCM and see it offered as first line treatment for PTSD following birth. I knew it was a long shot as this had never been done before. However, after submitting my application, lots of follow up emails defending the training course, and help from Ivan Tyrrell who supported my application, after 5 months the RCM finally agreed to accredit the training course.

"I was ecstatic as I know the power of using rewind for birth trauma. I had worked with many cases where only a small number of treatments, often only two were required to eliminate PTSD symptoms and have mum looking forward to giving birth. This was just what the NHS needed as a cost effective treatment for birth trauma.

"I have since been invited to have a stand and run a workshop at the European Midwifery conference. The conference will be attended by leaders in midwifery education from all over Europe and Australia and New Zealand. This is very exciting as it means that the rewind technique for birth trauma could be taught all over the world. I will be working very hard to make that happen!"