So much has shifted in the world since our last newsletter, well that's certainly what it feels like living in the UK at the moment. We are living in 'interesting times' as the Chinese proverb has it – and it is during such turbulent times that opportunities arise. There has probably never been a more urgent need for the clarity of thought and concrete solutions that the human givens approach brings to all human endeavours... 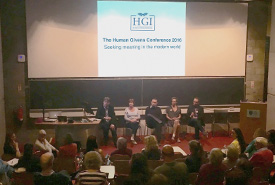 The welcome we had from Declan and the Irish HG community in one of the world’s great universities uplifted us all and ensured the event had just the right relaxed, friendly atmosphere in which to consider some of the most profound presentations ever given at an HGI conference.

The only sad thing was that Joe Griffin, who had suggested the venue and the theme, was unable to attend through illness. But he sent his best wishes to us all, nevertheless, and we all wished him a full and speedy recovery.

The approaches to the theme

The conference theme of ‘Seeking meaning in the modern world’ was addressed in many different ways by the various speakers. It was introduced in a thoughtful reflection by Declan on our innate need for meaning, homing in, with great humour, on an Irish perspective – “when you are green, you grow; when you’re ripe, you rot”. 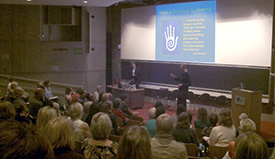 Then Ezra Hewing gave an enthralling talk entitled, ‘Grasping the Meaning’, which the audience recognised as introducing a ground-breaking new idea into the human givens corpus.

Illustrating his theme with many examples, he offered a compelling argument that the human hand is as much a human given as any other resource, developing an argument for how the interdependence of hand and brain function has been crucial to the development of the human brain. It is a theme he plans to flesh out further and his theory, when fully ready, will be published in the Human Givens journal.

Next came Patricia Shields, who powerfully described how, as a specialist radiographer working with patients with head and neck cancers at the Royal Sussex Hospital, she communicates in a refreshingly direct, honest and robust way with patients, and relatives, to enable them to take back responsibility and find meaning in their enormously difficult circumstances. Although not a human givens practitioner and new to our concepts, her work and attitude fully epitomised the human givens approach, as the audience readily appreciated.

A wonderfully illustrated presentation by Julia Welstead with the title ‘Naked on the Beach’, made a plea for us to remember to keep in touch with nature, open our hearts and minds to it’s wonders and engage with the natural environment as a source of inspiration, healing and solace.This clearly resonated with delegates, as her theme was often referred back to throughout the day. Then Miles Daffin captivated us with his humour while tackling a serious issue in his talk on ‘the authenticity gradient’, in which he vividly described the dangers of meaning-sapping work and lifestyles, and tried to point a way forwards.

He was followed by business psychologist, Professor Patrick Jordon, whose talk had the uplifting title, ‘The joys and sorrows of the modern world: finding meaning and pleasure in life, work and love’. He described in a vivid, lively way the psychological research findings from positive psychology that create what he described as ‘the principles of success’ (the five principles reflecting the attitudes and behaviour necessary for meaningful achievement in life): taking responsibility for how our lives turn out, setting clear goals, positive attitude, determined and intelligent perseverance and connection with others who can help. 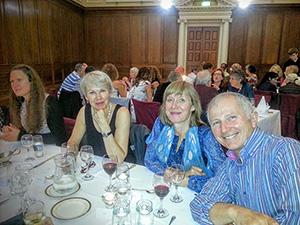 Sunday followed a great Saturday night dinner get-together in the magnificent dining hall at Trinity. Julie Lawrence gave the first talk of the day, a highly thought-provoking one entitled, ‘How organizations use innate needs to motivate or manipulate people’, which drew on her experience of working at extremely senior levels in the civil service and the Home Office.

Not only did she illustrate amusingly some of the more glaring nominalisations that are used to evade scrutiny in public life – ‘missions’, ‘values’ ‘vision’ – but offered some highly practical advice for those trying to change cultures from lower down. We can all influence the culture, she said: implicit social structure goes across organisations and isn’t hierarchical, as assumed. She also advocated bravery in public sector organisations. “It is easier to get forgiveness than permission so, if you feel it is right, just go for it”.

This was followed by a riveting explanation of how the need for meaning is driving current events in the Middle East’, by John Bell, Director of the Middle East & Mediterranean Programme at the Toledo International Centre for Peace. He focused especially on ISIS, which he described as ‘a very successful franchise, attracting people across the globe’ and exploring the meaning that young men, particularly, derive from joining it – and how the leaders exploit that. The world of diplomacy, he said, is failing and needs new ideas for understanding what is happening and how to move forward. He was firm in injecting realism: human givens ideas can be foundation stones but the process of change will inevitably be long. 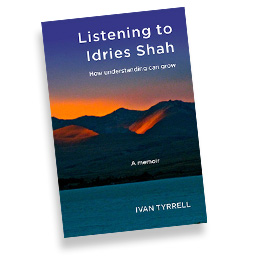 Ivan Tyrrell, one of the founders of human givens psychology, has just written a memoir of his own search for meaning, in which he describes the growth of HG ideas and how he and Joe Griffin developed them. His talk was entitled ‘Memory and writing memoirs’ and he discussed, among other things, the patterns that can become apparent when we look back at our lives.

Professor Gwen Griffith-Dickson, an HG College graduate, and founder and director of the Lokahi Foundation (which works with community organisations, businesses, government agencies, and universities and others to try to create sustainable diverse communities, and offers fresh thinking on the fundamentals of religious traditions) spoke next. She held us spellbound with meaningful and comical stories in her talk on ‘Religion in the modern world: meaning or mayhem?’

After lunch guest speakers Robert Twigger and John-Paul Flintoff got everyone involved in storytelling, producing much laughter that let us down gently from the dizzy and profound heights that we had explored together over the weekend.

Thanks to everyone involved

At the end of the day Ian Thomson and Sue Saunders received gifts in recognition and thanks for all the countless unpaid hours they devoted to the mass of administrative and other work that had to be done to achieve PSA accreditation. This accreditation puts members on the HGI register firmly on the same footing as those of BACP and other psychotherapy and counselling organisations that have passed the same tests. The level playing field now exists and thanks were given to everyone involved in bringing that about.

We give huge thanks, too, to everyone who helped with the behind-the-scenes administration that made the conference such a massive success, including Mark Thomas, Jane Tyrrell, Arlene Blackwell, Linda Tyrrell, Don Elwick, Catriona Edwards, Sue Saunders and the board of HGI.

And thanks too, to the wonderful audience – very many of whom had travelled long distances to be there.

Growing the HG community: what you can do to help 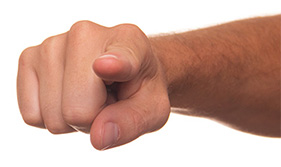 The conference showed the enthusiasm and goodwill among people who recognised the value of the ideas and skills taught by Human Givens College. It is up to us all to help share this knowledge more widely in the world and with that in mind I ask you to please continue to recommend the College’s live and online courses wherever you can.

If you have an Amazon account, please take a few minutes to write short reviews of any HG books you have read – books with over 30 reviews are promoted more highly to other Amazon customers.

And – if you are a member of interesting internet forums – without being too pushy, it would be great if, occasionally, you made reference to our free webinars or our courses.

Reflections on the UK's EU referendum

The recent HG blog post on the ‘Brexit’ result is worth looking at to see how both campaigning viewpoints instinctively tapped into two powerful innate emotional needs: the need for autonomy and control and the need for security.

Are you experienced at working with Asperger’s patients?

If you are, please get in touch with Mark Thomas at Human Givens College on 01323 811690 or email [email protected]

“It is clear that the myriad problems we are facing today are primarily psychological and behavioural in origin, coupled with a lack of knowledge. Ideology, belief and passion are no substitute for knowledge of what needs to be done in any given situation.” 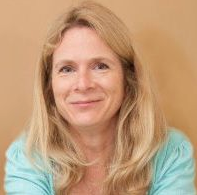 We hope you've enjoyed this edition of the Human Givens e-newsletter. My thanks go to Denise Winn for her summary of the HGI Conference.