I FIRST met Nina in November of 2003. Nina described a history of depression-related illness and unsuccessful treatment with antidepressant medication. This had culminated in a recent stay in an in-patient psychiatric unit, after suicide attempts made in response to two years of counselling that had encouraged only introspection. Because of her state, she and her husband had ceased to spend enjoyable time together (or apart) and he had become quite low himself. He came with Nina to our first session.

After learning about Nina's life experience, I made our main focus the difficulties that were uppermost in her mind: in particular, her poor sleep pattern and her indecision and uncertainty over her professional future. At the time, Nina was part way through an MA degree but had become more and more anxious over the work required to complete it and whether it would be of any real use to her. I taught her relaxation skills and strategies to prevent introspective thought (for both Nina and her husband to use). We also discussed the behavioural changes that Nina needed to make to move forwards in her life, to which end I set her several tasks to put into practice before our next session.

I was able to relax Nina very deeply and, while she was in that relaxed state, reminded her of her own considerable resources for achieving change. She had, for example, effectively overcome anorexia nervosa with no outside help and had taught herself English to a high standard, on arrival in this country.

At our second session one month later, I saw a profound difference in Nina — indeed, she told me that she had regained her optimism and energy within days of the first session. She had realised that completing the MA degree was not the right path for her, and this had given her huge relief. We spent some time looking at her ongoing concerns about her sister's illness.

When encouraged to analyse the situation objectively, Nina was able to realise and accept that, although she might wish that she could change circumstances for her sister, the most valuable things that she personally could contribute were humour and opportunities for laughter — which her sister appreciated and needed very much.

Calming Nina down through relaxation, so that she had access to her rational mind, also proved immensely powerful in helping to free her from repetitive thoughts of suicide. Nina had tried to concentrate on not thinking about suicide but now realised for the first time that, by doing so, she was actually making herself think about suicide the 'don't think of a pink elephant' type of impossibility. This was a major revelation to her and was all she needed to help her understand why her constant efforts had been not just ineffectual but life threatening. Her nagging fear of suicidal thoughts stopped almost instantly.

We also discussed strategies for reducing Nina's antidepressant medication, so that she could discuss them with her GP. At this stage, Nina described herself as feeling 7 out of 10 about life in general.
I saw Nina again after what she described as "two months of very positive mental health and energy". At the time of our meeting, however, she had started to feel less positive again and her new-found energy levels were slipping away. The reason soon became clear. Since the second session, Nina had been actively pursuing new career directions and had received the provisional offer of a job as a market analyst from Reuters, the news agency. In addition, she had applied for (and was part way through) selection for the civil service fast-track scheme. She now felt herself somewhat 'in limbo' while waiting for whatever happened next with either one.

It took little time for her to understand that she felt (and had always felt) at her happiest and most energetic when busy and mentally stretched and when she had a challenging sense of purpose. So we came up with tasks to keep her challenged and occupied while awaiting the start of full-time employment. One of these was to look into and pursue further career options. Nina was assuming that her Reuters job offer would be made formal, and, while this was highly likely, it became apparent that Nina had an incapacity to tolerate 'failure'. Indeed, being turned down for other positions prior to the Reuters offer had contributed to the less positive feelings she had begun to re-experience. Researching further/future career options had the twin benefits of keeping Nina's mind occupied and focusing forwards and beginning to address her 'all or nothing' mindset by encouraging her to develop options. This has proved an effective 'life strategy' for Nina. 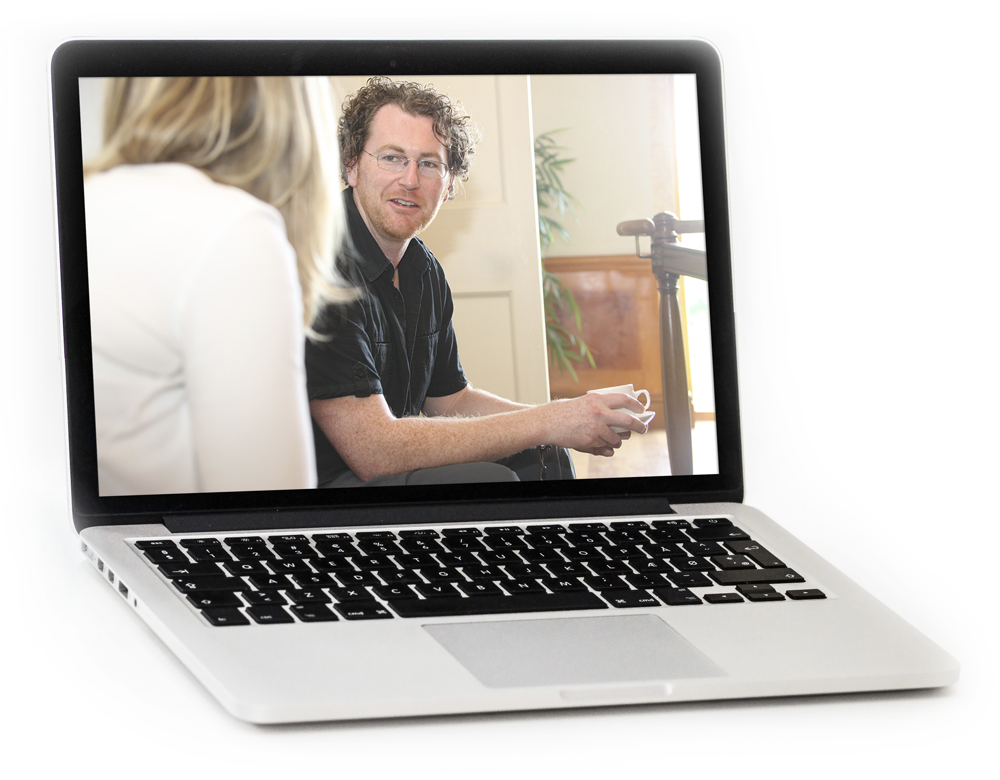 I also set her the cognitive exercise of challenging her negative view of particular situations. For example, the Reuters position involved considerable car travel each day, which Nina saw only as a waste of time and money. This was reframed as an opportunity to explore car-sharing (thus minimising costs and building social contacts), or to develop further language skills by using the time during solo car travel to listen to language tapes.

Finally, I suggested that she took on a part-time job as a waitress, while awaiting a firm job offer and start date. (This would provide more contact with other people, less time for introspection and an increased income!) It was a suggestion that proved particularly helpful.

Nina's increased enjoyment of life over the previous two months had, ironically, given rise to the trauma-type reactions she describes in her own account. The rewind technique for resolving trauma dealt with this effectively. Recognising that the control she sought in her life was actually to be found within herself rather than exclusively from external sources also proved immensely empowering for her.

At the time of writing, Nina has started work with Reuters and is free of any antidepressant medication for the first time in years. She describes herself as feeling 'better than ever' and has even chosen to continue her work as a waitress.

> Back to original article

MIKE BEARD runs a private consultancy as a human givens therapist. He is a member of the personal, social and health education team with Devon Local Education Authority, focusing on the development and delivery of training for health and education professionals working with vulerable young children in main stream and specialist education settings. He is also a Human Givens Therapist.

This article originally appeared in The Human Givens Journal, Volume 11 - No, 2: 2004