Working with psychosis — once a week

Emily Gajewski describes how, as a therapist in private practice, she helped a client overcome the psychotic delusions that were keeping her trapped.

SOME therapists in private practice may feel apprehensive about working with someone suffering from psychosis, fearing that, in seeing the person just once a week at most, they will not be able to offer the degree of support needed. I should like to describe some recent work I carried out with a client diagnosed with paranoid schizophrenia, to show what can be achieved through private therapy.

Jean, a 35-year-old woman, had a ‘psychotic breakdown’ in her mid-twenties and on four occasions since had been admitted to a psychiatric hospital against her will, detained under a section of the Mental Health Act. She was taking strong antipsychotic medication and receiving weekly visits from a community psychiatric nurse and a support worker. Her older sister, a wealthy lawyer, who pays for Jean’s accommodation, asked me to see her, having assured me that she was no physical risk to herself or others.

Before her ‘breakdown’, Jean had worked abroad, not very happily, as a model. She gave up this job and moved to London to stay with a friend, but the friend got married and moved to Edinburgh. Jean took over the flat, took an office job she quickly found boring and, as she had no friends in London, started to feel isolated. She began to have increasingly disturbing thoughts connected with confusion over her sexual identity. 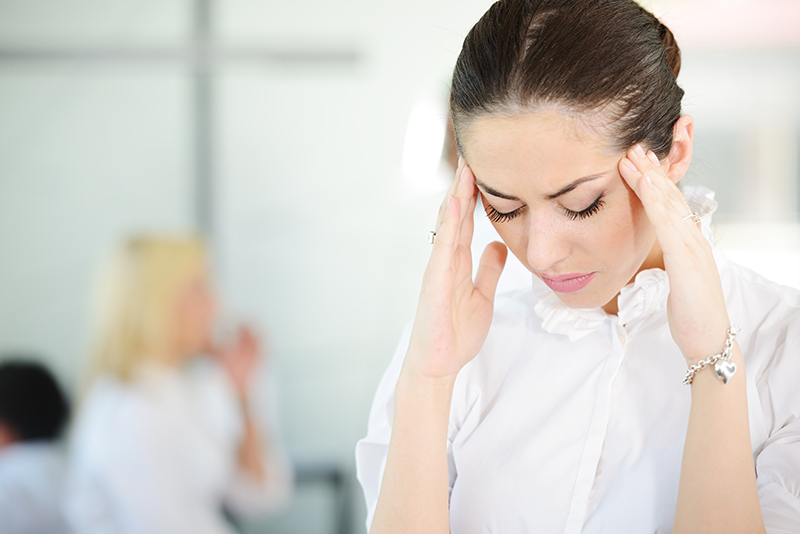 I was expecting to see someone downcast and unconfident. In fact, it was a bright-eyed and lively woman who walked into the room and the only indication that all was not well was that she was a little slow in her responses, due to the mind-dulling effects of the medication. However, after five or 10 minutes of chatting, during which I had started information gathering, this lively person vanished, to be replaced by someone completely absorbed in a psychotic world. She told me about how a male fetus had been inserted into her womb while she was in neonatal intensive care after her birth. This male fetus sometimes migrated to her brain, and she attributed her frequent migraines to his desperate attempts to burst out of the top of her head. She called him Jean, which she pronounced the French way, the equivalent of ‘John’. She felt loathing and anger towards an unnamed ‘them’, who, she said, had micro-chipped the fetus, so that they could keep tabs on her.

I felt initially overwhelmed by the strength of her delusional system, which had been entrenched for over eight years. From working with people with psychosis before (both in an acute ward-based setting and in community rehabilitation teams), I knew it was important not to act in any way that might indicate that I didn’t believe what she was saying, but to strike a balance between staying alongside her and not getting caught up in the detail. She construed ‘interruptions’ as evidence that ‘people’ (her sister and those in the mental health services) weren’t interested in hearing how she was feeling. So I was careful to acknowledge the experiences she was describing with comments such as “It must have been so distressing for you” and “It sounds like you have had an extremely stressful time”, thereby showing empathy for the distress without validating or further entrenching the beliefs.

Trying not to feel scared of doing the ‘wrong’ thing, I drew myself back to the tried-and-tested human givens principles that have worked well for me in the past. An emotional needs audit revealed that few of Jean’s were being realistically met and I was struck by her negative self-image, despite the initial bright smile. She described herself as a ‘mental patient’ and could not connect with all her previous resources, such as her ability to work, show confidence, be responsible, have friends, etc – unsurprising when I learnt that a psychiatrist had told her that she would never get better and would need to stay on medication for the rest of her life! I quickly instilled the idea that it was her stressful situation, not madness, that was giving rise to her frightening experiences and taught her some relaxation techniques, to give her back some small sense of control and hope. 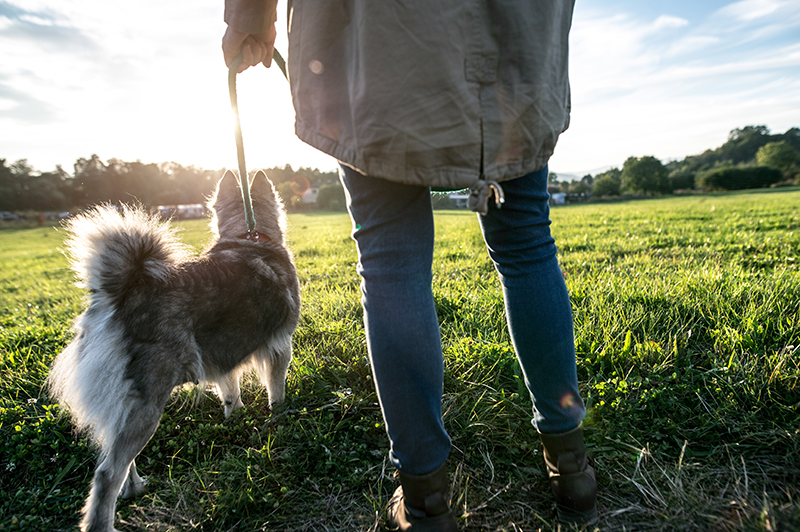 As a result of discussion and information gathering achieved over two sessions, Jean identified her goals as stopping worrying about John, making some friends and, eventually, getting a job. At the time we started working together, she was spending 80 per cent of her time alone in her flat, focusing her attention inwards, locked into her psychotic beliefs. So, at the end of the second session, we agreed on concrete goals that would start reconnecting Jean with the community. She undertook to achieve them before we next met. She had told me her neighbour had a lovely collie dog, which, alas, was often left alone in the flat for much of the day, while its owner worked. She decided to offer to walk this dog in the park a few times a week. We also agreed that she would find out about a photography course at a local college. Over the next few sessions, goals included inviting her sister over for dinner, for which she would try out a new recipe, and striking up a conversation with at least one other dog walker in the park (her neighbour had enthusiastically taken her up on her offer). There was also a friend from the past whom Jean agreed to contact. We rehearsed all these events in guided imagery first, when I would also gently remind her of all her resources, as a means of counteracting her self-image as a permanent ‘mental patient’.

Over the first few weeks, however, there were times when Jean did not address her goals, through lack of motivation, exacerbated by the demotivating side effects of her medication. She would insist that she wanted to wait until she was experiencing fewer psychotic episodes, whereas I knew, of course, that she would only experience fewer psychotic episodes if she started focusing outwards. This impasse did cause me frustration at times but, as a result of sound advice from my human givens peer support group, I revisited with Jean the importance of achieving small goals and told her to make her next appointment only when she had achieved the goals we had agreed on at the session before. This had the desired motivating effect. Indeed, after several sessions, she started to acknowledge that I was ‘right’ because she was feeling so much more energetic and ‘normal’.

ONLINE COURSE
From Stress to Psychosis

Jean described her hospital admissions as highly traumatic, and these had clearly increased her feelings of despair and worthlessness, so we spent some time ‘rewinding’ these experiences, using the rewind detraumatisation technique. As a result, she said, she felt “freer” and less angry about the mental health services. Conspiracy theories related to “them” disappeared.

After about five sessions, she began to be significantly more in the ‘here and now’ when we were together. Once I knew she felt comfortable with and trusting of me, I introduced her to the cognitive-behavioural therapy technique of ‘searching for evidence’ when she talked about the male fetus. This really helped her challenge some of her troubling thoughts, without breaking our rapport. We also used the technique of putting oneself in others’ shoes, when trying to resolve the anger she had felt towards those who had put her in hospital against her wishes. As she never met my eye when describing psychotic experiences, I sometimes said, “Look at me and say that!” That could ground her and she would laugh, “Oh, I don’t know where I was just then!”

When she was in her ‘thinking’ brain, I also sometimes said something like, “Do you know, it seems that it is only when you are really distressed that you talk a lot about John being inserted into your womb?” At such times, she might say, “I suppose there’s a possibility that that didn’t happen and that I’m just not sure about my sexuality”. 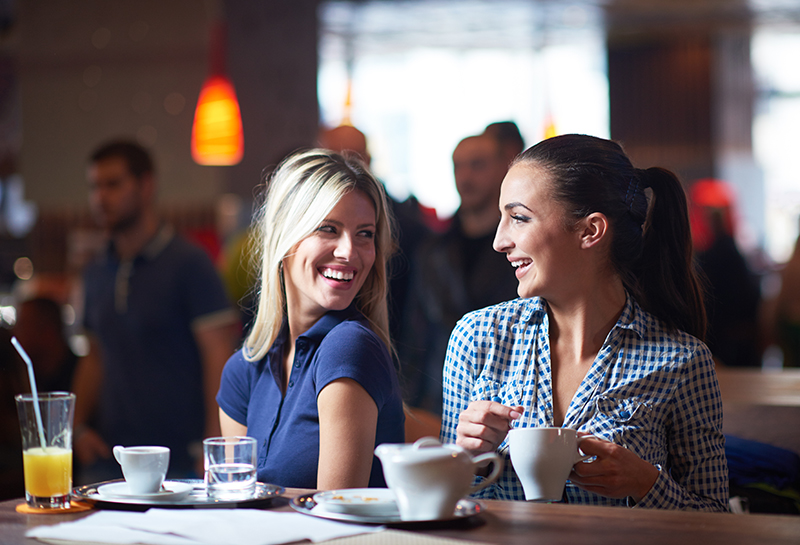 This had emerged early on. Jean had known, as a teenager, that she was drawn to women but had tried to fight this. She was very slim and not curvaceous, which made her suit the ‘size zero’ type requirements unfortunately prized in current-day models, but the ‘masculine’ side of her felt uncomfortable parading in girly cloths. I pointed out that she now lived in a vibrant, cosmopolitan city where ‘anything goes’, and she could feel free to express her masculine side however she wished. I reinforced, in guided imagery, the idea of accepting all aspects of herself. After several sessions, she decided to visit a gay bar she knew of and to buy some clothes that were stylishly masculine.

I believe a real breakthrough came when, as Jean became more confident about managing her ‘internal’ state through adjusting her ‘external’ activities, she persuaded her psychiatrist to reduce her medication. It lessened some of the slowing side effects, further increasing her motivation to make changes. Also, being assertive and taking control of her treatment in a way she had never done before was hugely empowering to her. 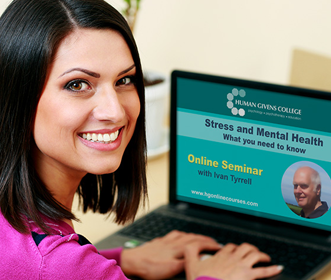 ONLINE WEBINAR
Stress and Mental Health – what you need to know

I saw Jean for about 15 sessions, initially weekly for six weeks, then fortnightly for another six sessions, and then for a few ‘top-up sessions’ spaced out over a few weeks. The last time I saw her, she had begun a photography course, was taking a Pilates class and had started to make friends. As she left, she told me that the best thing about human givens therapy was “You treat me like a normal person”. What a terrible indictment of her previous experience of mental health services.

Although it may be challenging within the restrictions of private practice to work with psychosis, I believe we just need to keep in mind the core principles of the human givens approach and help people lower their stress and start to get needs met. After all, that is always what we set out to do, whatever the setting we work in and however often we see clients.

EMILY GAJEWSKI has worked for over 18 years as a therapist in the NHS (and privately), helping people move on from even the most severe emotional difficulties in a wide range of settings, ranging from psychiatric Intensive Care Units to supporting people in their own homes. Most recently she was employed as a Lead Occupational Therapist in Sussex where she developed a number of mental health services, working with a wide range of emotional difficulties (including self-harm and psychosis) and also leading on staff development and training. She now works freelance as a therapist, trainer and coach. 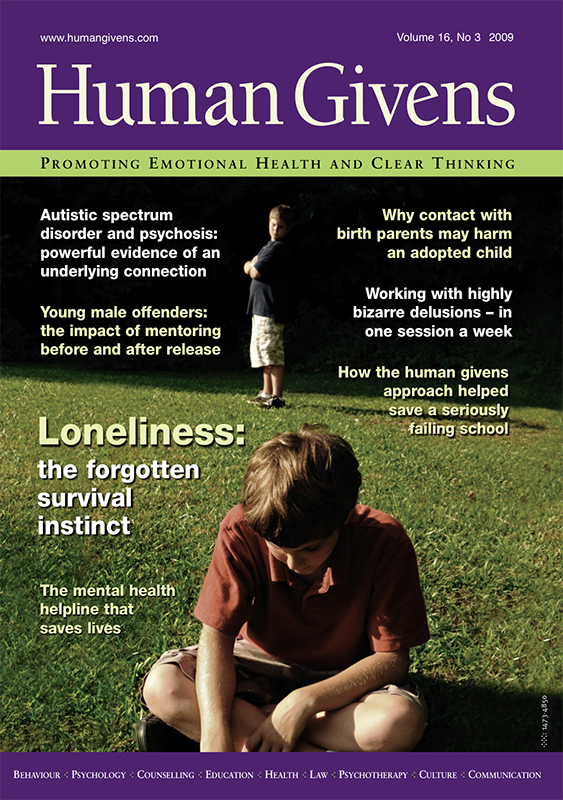