Scientific findings confirm the connection between the dream state and schizophrenia.

When Ivan Tyrrell was working with a patient who was shifting rapidly in and out of psychosis in front of him, he observed that the psychotic phases were accompanied by rapid eye movements. Realising that there were marked similarities between the rapid eye movement (REM) stage of dreaming and schizophrenia led him and Joe Griffin, co-founders of the human givens approach, to hypothesise that psychosis could be a waking form of the REM state.1

This is a position that has now been supported by the findings of neuroscientists studying the dreaming and psychotic brain. Professor Claude Gottesmann of the University of Nice-Sophia Antipolis in France tracked “the evolution of our knowledge in this field” to show that the same chemical pathways are common to dreaming and schizophrenic states. He has concluded that “The psychological, electrophysiological, blood flow, pharmacological and neurochemical processes of the dreaming sleep stage are very similar to the characteristics observed in schizophrenia.”2

ONLINE COURSE
From Stress to Psychosis

In experiments, it has been observed that the dorsolateral prefrontal cortex (the thinking part of the brain that plans, makes decisions and forms expectations) seems to suppress or decrease its own functions both in REM sleep and in schizophrenia; at the same time, the functions of structures associated with the ‘emotional’ brain, such as the nucleus accumbens (which is known to be involved in schizophrenia symptoms) and the amygdala, are disinhibited, leading to an exaggeration of their processes – namely the appearance of hallucinations, delusions, bizarre thought processes and emotional disturbance.2

Gottesman points out that, of the three neurotransmitters known as monoamines (serotonin, noradrenalin and dopamine), only dopamine is released during REM sleep, albeit less copiously than during waking.4

He suggests that, because the shared characteristics between the state of schizophrenia and the REM state are so strong, the REM sleep stage could even serve as an experimental model for those involved in schizophrenia research. 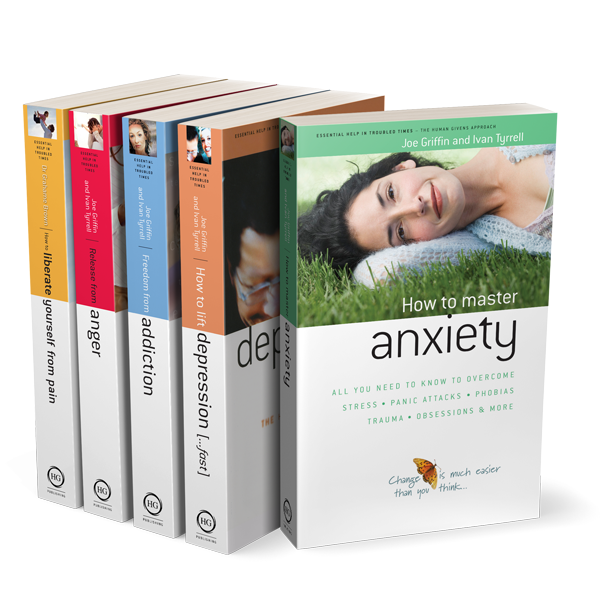 When Ivan Tyrrell first suggested that schizophrenia is waking reality perceived through the dreaming brain, he posited that this could be a consequence of emotional hyper-arousal too great to be brought down to normal levels during REM sleep.

As Joe Griffin’s own research has shown, the role of the REM dream state in adults is to fire the expectation pathway, which uses dopamine to discharge the incomplete expectations from waking using metaphorically similar patterns from memory.5 This then allows the brain to start the next day afresh. Depressed people, who ruminate and worry incessantly and thus are highly emotionally aroused, have much longer and more frequent REM sleep periods than non-depressed people, putting the REM mechanism under extreme stress. As people commonly develop psychosis after a period of severe stress and depression, it may well be that the over-pressured REM mechanism spills over into the daytime.

The human givens approach has shown that a reliable way to deal with depression and also psychosis is to help people meet their unfulfilled emotional needs. We hope that Gottesman’s work leads not to a race to invent drugs that ‘re-balance’ the neuro-transmitters in the brain but to a focus on helping vulnerable and stressed people regain control of their emotional lives and develop the skills to live effectively in the world. 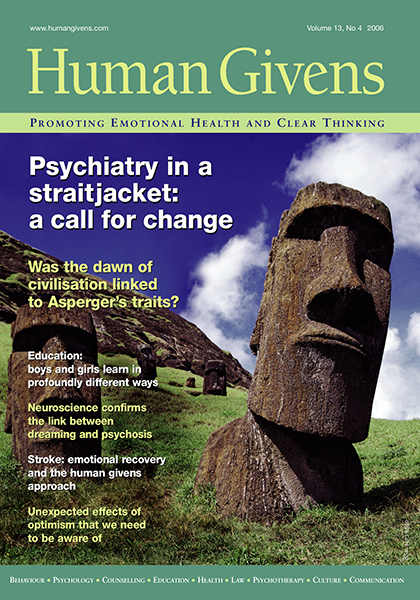 To survive it needs new readers and subscribers – if you have found the articles, case histories and interviews on this website helpful, and would like to support the human givens approach – please take out a subscription or buy a back issue today.