Home > About the Institute

Our Patron and Board of Directors

>  Board Structure and Governance, Recruitment and Training of Directors   (PDF Download) 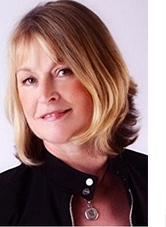 Sue Cook, as well as being a journalist and author, is one of the UK’s most experienced and popular broadcasters. Over a long career she presented programmes for both radio and television, notably, You and Yours, Nationwide, Crimewatch, Out of Court, and Children in Need with Sir Terry Wogan, and interviewed a diverse range of people from James Stewart to Archbishop Tutu.

She is an honours graduate in Psychology from Leicester University, who also awarded her an honorary D. Litt in 1997 in recognition of her contribution to British broadcasting, an Ambassador for the Prince’s Trust and a patron of the Rainbow Trust, the Children’s Liver Disease Foundation, and the British Wireless Fund for the Blind.

Sue Gray has had a varied work and life experience to date. She is an accomplished senior health and social care director and clinician (Physiotherapy and Mental Health/ Psychotherapy) with board level leadership, business and service development and turnaround experience. She champions empowering peer support models for inspiring people to create a life that works for themselves and has taken the human givens approach into various situations to enhance this. At present Sue is a registered Human Givens Therapist in private practice, a wellbeing trainer and executive coach for a mental health charity, and a culture change consultant for Eastside PrimeTimers.

Ivan Tyrrell worked for many years as a psychotherapist specialist in brief therapy for depression and anxiety, and now spends most of his time lecturing and writing. In 1997 he co-founded the human givens approach with the Irish psychologist Joe Griffin, and together they have written numerous best-selling books on mental health and wellbeing, psychology, counselling, dreaming, depression, the origins of creativity and consciousness. He is the editorial director of the HGI's journal Human Givens, and a director of the Human Givens College.

Joe Griffin is a psychologist with many years’ experience both in psychotherapeutic practice and in training psychotherapists. His influence on psychotherapy has been enormous among those who value effectiveness above all. As co-developer of the human givens approach to psychology and behaviour, thousands of health professionals have enjoyed his practical workshops and seminars on brief therapy for treating anxiety related disorders, depression, trauma and addiction. Many of these can be watched online. Since it is widely recognised that much mental distress comes from work related stress he is increasingly in demand by businesses to help them run more effectively by taking account of the innate needs of customers, employees, suppliers, owners and shareholders.

Jane Tyrrell has been closely involved with the human givens approach and the HGI since their inception, working closely with Joe Griffin, Denise Winn and Ivan Tyrrell on the core HG books, Diploma Manual and development of training courses. She has a life-long interest in psychology and human development and her background in design and marketing has played a central role in developing HG’s growing online presence – she is keen to increase global awareness of the human givens approach to mental health and wellbeing, as well as the many benefits of HG therapy. She holds the HG. Diploma.

Malcolm Hanson is a highly experienced HG therapist and supervisor. After a 20 year career in the Armed Forces, he worked full-time in the NHS for over 9 years with a wide range of severe and complex cases; many with suicidal ideation. He holds an MA in Human Givens Psychotherapy and a Doctorate in Social Practice. After leaving the NHS he moved to Scotland where he now runs a private practice, which includes work at the Prince's Trust in Glasgow. He is also a Trustee of the charity PTSD Resolution, which uses HG therapists to help veterans and their families.

Nicholas Reed has worked in both in-house and consultancy capacities across a range of organisations in the public, private and voluntary sectors. With prior experience in risk management and governance, he has led security, risk and safety programmes and implemented staff wellbeing and whistleblowing frameworks. He has written material used in the review of British Standards and in the creation of training qualification in the fields of security, safety, search and rescue and within the NHS. Nicholas is presently employed in a risk leadership role for a bluechip international manufacturer and has a passion for Equality, Diversity & Inclusivity and also in driving organisational governance and best practice. He has also been a long standing advocate for the recognition of mental health and well being within the security industry.

Clare Waters is a psychologist and psychotherapist with more than a decade in private practice using solution focussed brief therapy, cognitive and behavioural therapies, and hypnotherapy. She has undertaken various HG training which has influenced her practice. After graduating in chemistry, Clare pursued a career in the pharmaceutical industry as a QA Advisor and Technical Trainer, before her career change to psychotherapy and a MSc in psychology.

Nicola Carmichael studied Social Anthropology at university, and her interest in tribal cultures was invaluable in her career working in the NHS. She was chief executive of a specialist hospital for many years, and then moved into system management and redesign to bring care closer to home. She is now retired, and completing the RHS Certificate in Horticulture. She very much enjoys the practical side, and learning how to grow things in her own garden.