Targets, inspections and the human givens in schools

Trevor Bailey, head of Worle School, raises issues about the impact of targets and inspections on the well-being of staff and thus on motivation and effectiveness..

In an article for this journal, written before September 2005, I suggested that there was much to be welcomed in the New Relationship with Schools with its key focus on self-evaluation and improvement planning, the advent of School Improvement Partners (SIP) and the introduction of the shorter inspection model. All of these were linked in a programme which, when operated successfully, should empower schools to operate an effective cycle of planning, doing and reviewing with the challenge and support of the SIP and regular validation of review outcomes by Ofsted. I argued, at that time, for schools in collaboratives to undergo joint inspection so that their work together and their assumption of co-responsibility could be evaluated.

It is appropriate, after eighteen months, to review the impact of the New Relationship thus far on schools and on school improvement. There are still occasional anecdotal accounts circulating of inspection teams that appear to fail to reach the professional standards expected. A primary head in the home counties tells of a lead inspector who validated the school's SEF, but who, when the head wished to explain why two individuals had underperformed at Key Stage 2, one because of the loss of a parent four weeks before the test, told her that he was not interested in individual children as it was the overall data that mattered. Having told her that the parent responses were "overwhelmingly positive", he went on to suggest that the parent body was probably complacent!

This inspector was not listening and neither did he appear to be sufficiently willing to enter into dialogue. In the north east an experienced consultant reported that, of two schools that he worked with closely and that he judged to be of similar quality, one was judged by Ofsted to be good, while the other received a Notice to Improve. A further concern, expressed by a considerable number of schools has been the almost exclusive use of Contextual Value Added data by some teams who have been unwilling to look at alternative data sets held by the schools. The Chief Inspector has indicated that she expects teams to look at the schools data before forming judgements and that is surely the way if accountability is to be intelligent. 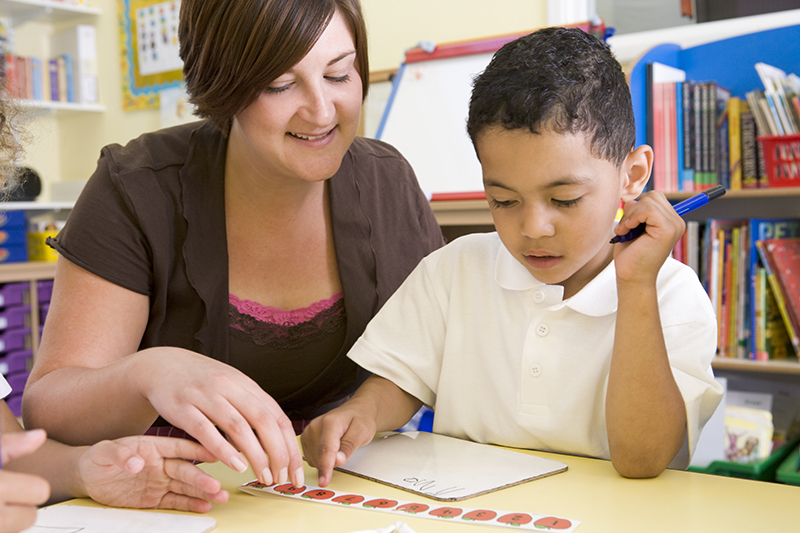 Anecdotes are simply that. They are not a sound evidence base upon which judgements should be made and there are many schools, including that in which I work, where the new inspection process has been considered to accurately reflect the school. However, such anecdotes gnaw away at confidence in the system and Ofsted needs to rigorously quality assure its work to ensure that all schools can have full confidence in the process.

Further concerns have been expressed about the way in which the category satisfactory has come to suggest that what is being described is indeed unsatisfactory and about the more frequent inspection of some schools judged to be satisfactory. In general however, schools and colleges have welcomed the new inspection framework and the priority it gives to school's own self-evaluation and the change. There is plenty of room for further improvements, not least of which would be a  transparent clarification of the methodology underlying Contextual value Added coupled with a clear commitment that all teams will open mindedly engage with school data.

Another key element would be the development of self-evaluation as a school improvement tool, to ensure that it becomes one that is increasingly robust. Those preparing it and those reading it as SIPs or inspectors would require careful training so that there is clarity about language, meaning and validity and to ensure high quality. Little, regrettably, has happened in relation to the inspection of collaboratives, though there are very recent indications that the DfES and Ofsted are now actively considering this.

The role of SIPs appears to be developing positively. The concept of a head being provided with challenge and support by a partner who is in or who has recently left headship is a good one. The proportion of SIPs with current or recent headship experience varies between local authorities. According to a recent Association of School and College Leaders (ASCL) document on Intelligent Accountability [1], there is one local authority in which only 25% of SIPs are heads or have been heads. There must be some concern that, as the model is introduced in primary schools, the proportions of those with headship experience may diminish given the numbers required. 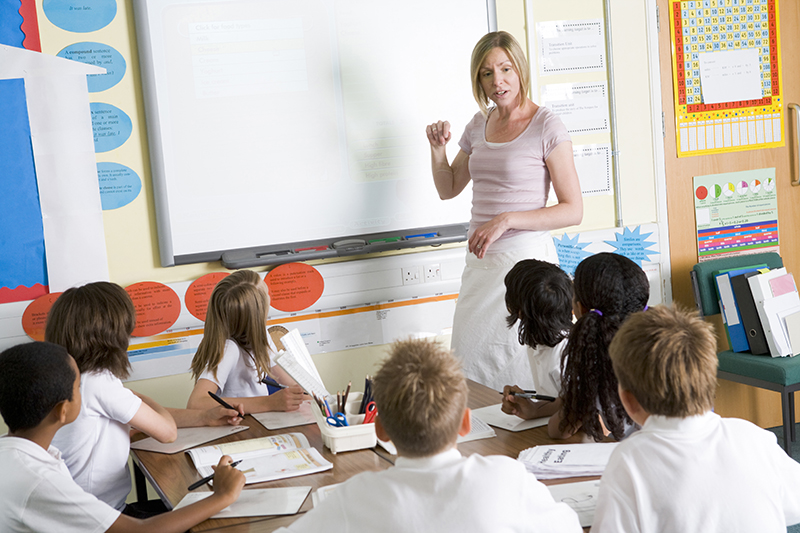 While there is a general welcome for the way in which the SIP programme is developing, there are serious concerns about the new powers for local authorities to intervene in coasting schools. This is probably the aspect of the new relationship which is causing most concern. In the publication alluded to above, ASCL describes the new powers for local authorities thus: "The proposed local authority warning system … strikes at the very heart of the new relationship with schools. It represents the antithesis of intelligent accountability and reverts to the worst aspects of a low-trust model".[2]

ASCL's view is trenchant. Apart from the way in which these new powers have the potential to undermine the work of the SIP and the Single Conversation, the ASCL document suggests that "The language — based around the concept of 'compliance' — is insulting" and it goes on to quote a secondary head as describing the guidance as "…a recipe for local authorities to sort out awkward heads."[3]

There are concerns, too, about the timescale, described by ASCL as ludicrous, within which a school is to be expected to respond. This is strong language from an association which is known for choosing its words with caution and this particular concern, so strongly expressed by ASCL reveals the heart of the problem.

There remain elements in the DfES, in Ofsted and in some local authorities, that appear to distrust heads, governors and schools. In an interview with Ivan Tyrrell in the Human Givens Journal [4], James Bartholomew, author of the controversial book "The Welfare State We're In" suggests that the systems of the welfare state, including education are not working particularly well and quotes commentators and politicians as saying, in general terms,"…I shall investigate this and the Government will do something about it; we will have more inspections; we will have more regulation to iron out everything that goes wrong" 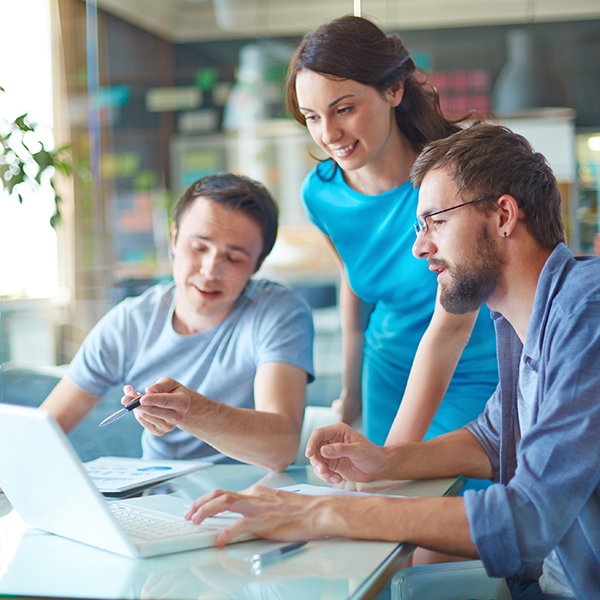 He goes on to suggest that, "…of course they don't iron out everything that goes wrong; they just make provision more expensive, more complicated and more bureaucratic in comparison with what it otherwise might have been." While some might find plenty to challenge in Bartholomew's book, this is a helpful insight. There is a permanent political imperative to raise standards in public services and to be seen to have done so and thus, from ministers downwards, there is pressure to produce results and to measure and publish outcomes. There is also a consequent endeavour to exert close control over processes in order to direct them towards producing the required outcomes. Those who have to deliver the outcomes have come, therefore, under increasing pressure and regulation with a consequent increase in levels of stress and in some cases, in levels of insecurity.

It is not possible, either logically or morally, to argue that those of us who work in public services and who are responsible for large amounts of public money should not be held fully accountable for the work that we do. The new relationship with schools has, in education, been a positive development and there has been a small, but significant shift toward providing schools with greater freedom. However the mindset that has developed the new intervention powers for local authorities is working against the grain of this. It is a mindset which Tyrrell in the interview quoted above, describes as, "…an autistic thinking style where everything is done with rules and regulations, tick boxes, targets and so forth…  He goes on to describe those who work in this way thus, "Because they can't see the bigger picture, they just go logically from step to step, completely oblivious of the pain and annoyance their behaviour puts other people through."[5] This problem is compounded by the silo style operation of government departments which often do not know what is going on just down the corridor. If the synchronicity between elements of the new relationship is to be fully developed, then the mind set and the isolation in silos need to be challenged and changed.

The Human Givens Institute (HGI) [6] is an organisation working in the areas of mental and emotional health and well-being and carries out extensive training of psychotherapists, health, social care and education professionals. It provides a fascinating insight into why an autistic thinking style in bureaucracies is so damaging. The HGI argues that all human beings have a set of fundamental emotional needs as well as the basic needs for warmth, shelter and the like. Amongst the basic emotional needs listed are [7]:

Thus it becomes obvious how a highly top-down and interventionist policy, possibly driven by an autistic thinking style, will impact negatively on the emotional health and well-being of those who work in front line services. If we want to achieve success in public services, then we need a skilled, motivated and emotionally healthy workforce. Emotional health and motivation are easily lost when the above needs are not met. How effective is the head who has lost her sense of security, has a diminishing sense of her competence and fears losing her job and with it her sense of status and of meaning and purpose.  It is not, therefore surprising that heads, teachers and support staff in this situation, become depressed and anxious and therefore less effective and occasionally, tragically, suicidal.

There is much that is positive and to be welcomed in the New Relationship with Schools and in the other relaxation of regulation that is currently happening. There is further work to be done to improve schools' self-review processes, to develop the inspection framework and to continue developing the work of SIPS and the single conversation; to improve the ways and timescales in which data is provided from the centre, the way it is used,  the ways in which information for parents is presented and the way in which league tables are constructed and published and there is a need to think across all of these aspects so that there is a greater synchronicity between them. 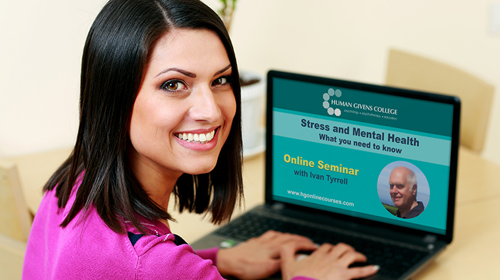 WEBINAR
Stress and Mental Health – what you need to know

Above all else, there is a need to open a discussion on how government, civil servants and other agencies, such as Ofsted, relate to and work with front-line staff and how all of us within whatever organisation we are employed, work with one another. It will be necessary to eschew a mindset characterised by autistic thinking, motivated in turn by an urgent need to control. ASCL, in the publication referred to above uses the term "intelligent accountability". The intelligence implied in that term must include emotional intelligence for only then will the new relationship be able to become fully developed.

An emotionally intelligent approach to the new relationship would be one which, acknowledges the basic human emotional needs, seeks to ensure that those needs are met, while at the same time endeavouring to build a strong partnership between stakeholders. Such a partnership would be in a far better position to ensure that accountability was clear and robust, while at the same time securing emotional health and high levels of motivation on the front-line.

An emotionally healthy and well-motivated workforce is one that is far more likely to perform highly. This is the prize to be worked for.

This article first appeared in the May 2007 edition of "Secondary Headship".