Carol Harper considers our relationship with the natural world.

A year ago, as countries around the world were entering the first period of lockdown, people began to notice a strange phenomenon. For those fortunate to be able to access the natural world, wherever they found it, colours were more vivid. The air was cleaner and clearer due to vehicle emissions being reduced worldwide. 73% of people responding to a UK survey reported that birdsong was more vibrant. The energies of nature insinuated themselves into a range of human awareness so often too distracted to notice such wonders.

We would have had to be totally tuned out from the wavelengths of news media over the last year not to notice the benefits of immersing ourselves in nature being promoted. Whether that be physically, as is preferred, or virtually. Top of my list for encouraging interest and understanding to a wide audience would be the recent BBC series of Winterwatch. As it drew attention to all things natural, watching the show was balm to the mind and spirit. It’s fantastic that so many have been able to access natural soundscapes through various apps (e.g. BBC Sounds) and view calming scenes in which we can lose ourselves for just a few minutes, even if we are not physically close to nature.

The benefits to mental and physical health of exercising, or just being, in nature have long been known. The fact that we have to be reminded of it may indicate just how far we have strayed into the jungle of economic growth and ‘progress’ and the degree to which our own human nature has been compromised. It’s been proposed that our response to the natural world is, naturally, our evolutionary journey: our brains are wired for connection. For the greater part of our history, being able to recognise and interpret accurately the sounds and phenomena in our environment made the difference between survival or extinction.

One of the fundamental premises of Human Givens is that as human beings we exist according to the law of all living things. For the tiniest insect, the giant sequoia tree or blue whale to survive, thrive and reproduce themselves, the right nutriments must be available in their environment. Our own physical needs must be balanced: we should pay attention to how our internal biome is nourished, as well as taking appropriate exercise and getting sufficient sleep. Vitally for humans, our ability to get our emotional needs met in healthy ways in our environment is at the heart of our understanding of mental health. (See: The Mind-Body Connection with Dr Andrew Morrice) 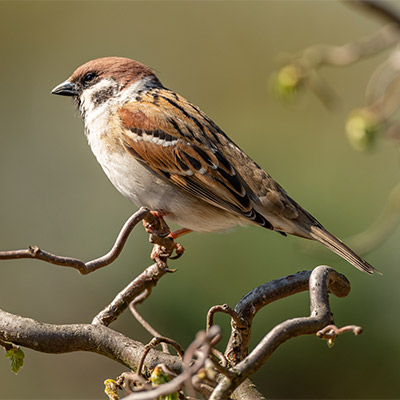 The environment itself needs to be healthy in order to sustain the conditions that are life-giving rather than life-depleting. We are but a part of the unknowable whole of existence: and the whole is always greater than the sum of the parts. A toxic environment, however it might manifest, prevents the meeting of needs. We may not like to face it, nor acknowledge humanity’s role in toxifying the environment, but science informs us of the staggering loss of pollinating insects, for example, upon which we depend. I recall the late comedian Victoria Wood telling of stopping at a service area on the motorway to remove her ‘insect collection’ from the windscreen. It sounds trivial, but that doesn’t happen anymore. If our insect populations collapse, birds and mammals begin to disappear and ecosystems are endangered. The RSPB, for example, in announcing the results of the Big Garden Bird Watch in January, reports that in Britain our bird population has reduced by 40 million over the last 50 years.

In a recent interview, nature writer Richard Mabey expressed frustration at the phrase ‘reconnecting with Nature’: we connect to nature with every breath we breathe. It is, he says, our neighbour. We should be wary of anthropomorphising nature and bringing value judgments to bear on natural events. When describing things harmful to us, or things we don’t like, we often use combative metaphors: doing battle with, or fending off a mugger, for example. Nature doesn’t set out to harm us but if we examine the harmful effects of human action on the natural world, which arguably gives rise to pandemics via poor animal husbandry for example, then we need to question the use of such metaphors and do more to protect and enhance environmental sustainability.

One of the positives of the pandemic isn’t, then, the ‘reconnection’ with nature but instead how we’ve given ourselves up to the natural energies, which have never abandoned us. Tired, troubled or stressed, when nature fires our curiosity or orientation response, we can attend back. We can give, and receive, the quality attention available to us, utilising all our senses: https://www.sensorytrust.org.uk/blog/nature-and-the-immune-system. Seeing nature as alive and responsive, imbuing it with spirit, calling it ‘kin’, is a reminder that if we care for the natural world, it will provide for us. This is reciprocity, further explained by writer and botanist, Robin Wall-Kimmerer.1

So, whether we are participating in Japanese Shinrinyoku, the gentle art of forest bathing or seeking the benefits of bathing in cold water, remember to do so with respect for the natural world. April 22 is global Earth Day - www.earthday.org - consider how you may acknowledge Mother Earth!

The history of the Western world over the past five centuries has been one of bifurcated paths; roads not taken. Religion and ruling classes seeking to maintain wealth and power, chose to exert their dominance rather than allow all people to enjoy a sustainable life. People were robbed of the ‘commons’ and land was enclosed. The dualistic thinking which separated mind from body, humans from nature, and created division not only within populations but between nation states, has led to the perilous position in which we now find ourselves. Philosopher Renee Descartes, arguing the mechanistic view of the universe, declared: ‘Through my window, what I see are hats and coats covering automatic machines.’  Thirty years earlier, the priest and philosopher Giordano Bruno was burnt at the stake for his pantheistic heresy, which declared the living Earth itself had a soul. 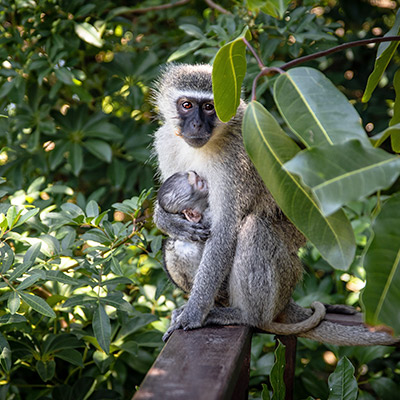 Wherever else we look around the world, from the Americas to China, we find traditions of a deep understanding and co-operation with the complex eco-systems, which support life on this planet. Indigenous communities around the globe, along with women, increasingly became regarded as suspect and inferior. Co-operating with and understanding the natural world was condemned as witchcraft, and the animism which earlier humans celebrated in nature was regarded primitive or uncivilised.

James Lovelock’s Gaia theory ‘states that, for much of the past 3.8 billion years, a holistic feedback system has played out in the biosphere, with life forms regulating temperature and proportions of gases in the atmosphere to life’s advantage. Earth system science is now firmly established as a valuable intellectual framework for understanding the only planet known to harbour life, and increasingly vulnerable to the unthinking actions of one species.’2

In Human Givens terms we often describe a narrowing of focus to the exclusion of a wider context and views, as ‘black or white thinking’ which, as Ivan Tyrrell is fond of saying, makes us stupid. Greed for anything, and the focus on acquisition means that those who are driven by individualism and fierce competitiveness, deprive many others of being able to meet their physical and emotional needs adequately enough. This creed of greed predated Enlightenment thought. For thousands of years, those in power not only sought dominion over nature but also practised domination of humanity itself. In the middle of the second millennium the advancement of reductionist science, the promotion of wealth and the centrality of industry as a religious ethic led to the emergence of scarcity as the economic motivator. Human beings were deprived of the means to support themselves within their communities: industrialists sought to capitalise and accumulate wealth by seeing workers as ‘other’, forcing them to work in the ‘dark satanic mills’ of Blake’s imaginings. In our current era of what’s been termed ‘homo economicus’ creating ever starker inequalities around the globe, we may ask, ‘what’s changed?’.

It would appear to me that many of our mental health difficulties today arise from centuries of ‘faulty conditioning’: caught in trance we accept the status quo as though written in stone, caught in the illusion that our needs will be met while knowing that something’s not quite right, not able to find what’s meaningful in our lives, and simply being unable to tolerate the ambiguity of it all.

Poverty, as well as a perception of poverty – unmet needs – lead to pathologies.3 If we are to incorporate Human Givens’ understandings into our lives, it has to extend to all of the people in the world in which we live and the planet we share.  We could say that no-one’s needs are met in healthy balance unless everyone’s are.  This is social and environmental justice: it connects us not only to our own wider communities but to the interconnected unity of life.

Economics Unmasked: from power and greed to compassion and the common good. (2011) Philip B. Smith & Manfred Max-Neef.  Green Books, Cambridge.