With debates raging around racism, cultural conditioning and freedom of speech, Carol Harper reflects on the problem of unconscious bias.

In his book, The Elephant in the Dark, Idries Shah wrote the following about bias: “the widespread existence of bias, misinformation and lack of knowledge … militate against the effectiveness of dialogue … by the most subtle and one of the most effective of instruments — the subconscious, almost subliminal, introduction of hostility.”

In Human Givens we recognise there are three main obstacles to an individual getting their emotional needs met in healthy balance.

The first is the recognition that if a person’s home, work or relationship environment is toxic, their ability to be emotionally well will be compromised.

Secondly we talk about a person’s ability to use their innate guidance system to access skills which facilitate their path through the world, e.g. managing social situations and stress, anger or anxiety.

Thirdly and profoundly, we consider the physical or psychological damage that a person has sustained which compromise the operation of the guidance system.

One of the implications of psychological damage is understanding the degree to which our cultural and familial conditioning, together with our beliefs about ourselves, others and the world, impact our day-to-day behaviour.

The controversial concept of unconscious bias training is increasingly debated, largely as a result of the Black Lives Matter movement, and it seems to have created something of a furore, citing freedom of speech and the right to make up one’s own mind over such matters. Becoming aware of our biases is seen by some as a key move towards encouraging equality, inclusion and diversity (three paralysing nominalisations), while others say it’s a virtue signalling tick box move which will not change peoples’ behaviours and may even make people more prejudiced.

Fundamentally we are biologically programmed to recognise faces similar to our own and this happens in a nano second. We know our own tribe. We will read expressions in faces different to our own in different ways. Bias and prejudice is born here and clearly had survival benefits. But what nurtures those biological facts?  It’s been shown that prejudice against an ‘out’ group is learned in children and, if not corrected, is carried throughout life. Whether we like it or not, we have to face the fact that we are immersed in the culture in which we were raised. The late Robert Ornstein described our culture as ‘The Western Intellectual Tradition’ and others have suggested that our reliance on ‘reason’ goes back to the Ancient Greeks, reinforced during the Enlightenment and the Age of Reason. All dominant cultures adopt an attitude of superiority over conquered people. ‘They’ were not like ‘us’ and the superior entitlement that led to European colonialism ensured that the needs of the few were met at the expense of the many. 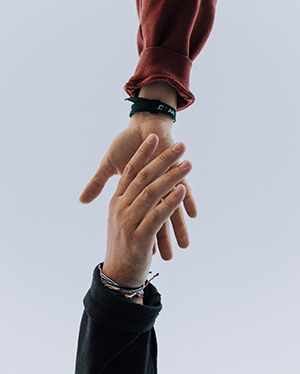 As long as emotion, empathy and compassion were kept out of the equation we could ride rough shod over subject peoples. In the process we convinced ourselves that our excesses were in the name of progress, or democracy, or freedom. Powerful influencers have understood how easily people can be manipulated – ‘herd mentality’ to use a recently mis-used phrase in its right context – and populations cease to think for themselves. We are ‘primed’ in so subtle ways. Why do the harder thing, engage the cortex and think critically, when, as Daniel Kahneman has explained, System 1 thinking — following the crowd — is so much the easier thing? Call it heuristics, pattern matching, whatever you will.

Idries Shah also wrote: “Thought, not pattern thinking, is the method. Thought must be for all life, not for small aspects of it. Man is like someone who has the choice of traversing the earth, but has fallen asleep in prison. The complications of misplaced intellectualism hide the truth. Silence is a prelude to speech, real speech.”

If we accept that most behaviours are attempts to get our innate needs met — and if we also accept the propensity for many people to turn need into greed, at the expense of others — we may begin to look at how do we change behaviour and therefore does unconscious bias training work?

Any work with behaviour change has to start with an assessment of a person’s motivation and where are they on the ‘cycle of change’?  Those who are ‘pre-contemplation’ will dismiss other’s concerns and see no need to change their behaviour. Those who are contemplating that maybe changing their behaviour would be a good idea, but not yet, are still not ready to commit. People who say they are determined to change but still have to take action — it is only here that change is possible. Then there’s the question of maintaining the new behaviours, in the knowledge that we may relapse and we need to have a strategy for dealing with that.

In HG when people are ready to change it’s good to ask ‘Why now?’: how motivated are they? Using motivational interviewing techniques we ask ‘What does the behaviour do for you, how does it help?’. Initially people may talk about positives then begin to realise that in fact it doesn’t help. We encourage people to look for the benefits of making change and make those changes emotionally compelling. Remember the law of the dominant emotion? And we harness the power of a person’s imagination to begin to create the future they want for themselves and by extension their families, communities, the environment.

Psycho-education is valuable. Unconscious bias training might, if it is not just another conditioning system, give that, but whether it will give people the emotional fuel to make real change depends on the individual’s readiness. People with interests vested in the status quo may have little incentive to change.

It’s suggested in a recent issue of People Management, the journal of HR professionals, that bringing people truly together, having meaningful dialogue, hearing their stories and really listening is what can help us to build back better. Are we prepared to walk a mile in the other person’s moccasins (to paraphrase a native American saying)?

We need to see the wider context, gain a larger perspective; access our observing selves. We share our human givens, regardless of our colour, our backgrounds, our cultures or religions – they unite us all. ​