"I went away with so many ideas"

How one session of human givens therapy was enough to transform the life of Sarah, a depressed single mother.

SARAH, a single mother of two boys under five, shuffled dispiritedly into my [IT's] consulting room. She was completely lacking in confidence and her voice was almost a hoarse whisper as a result of what she termed her nervous breakdown. She lived on a council estate in a flat too small for herself and her two children (one of whom had behaviour difficulties), and had had to let her children go to live with her parents because she couldn't cope with them in her present circumstances.

A year previously, her ex-partner, the father of her sons, had thrown a brick through the window of her flat, broken in and assaulted her. A new relationship had just recently gone wrong because the man, himself depressed, was too possessive and overprotective of her. She was in despair, missing her children desperately, and, knowing she needed help, had accepted the chance of free sessions of therapy to be used for training purposes.

She told me she was unable to sleep properly and felt utterly exhausted. Since her parents had taken over responsibility for her sons, she rarely left her poky flat, had let herself get overweight and spent her time depressed about her life and the loss of her boys, or worried about her debts. In answer to my questions about her life, she told me she hated being on benefits and that, when she was 17, she had loved her work as a care assistant in an old people's home. I also found out that she had used to enjoy going swimming and had joined a gym before her 'breakdown' but had rarely gone there.

When I asked her what, realistically, she would like to have happen in her life, she said she would like to move, and mentioned for the first time that she was now 'priority' on the council's waiting list to be allocated a house and garden. She was actually expecting to hear about a move within a week or so. She also wished for a job, although she saw many obstacles to this.

As we talked, I countered her negative comments about herself, inviting her to see herself as caring, loving, independent, someone with initiative and so on, and explained how endless worrying turns one inwards. What would help her most, I suggested, was to direct her attention outwards, so that she could find solutions to her problems instead of just worrying about them, and regain her interest in things outside of herself. These ideas were new to her.

I suggested she close her eyes and relax while, one by one, we went through the things she had said she needed to sort out in her life and she imagined herself dealing with them. For instance, I asked her to imagine herself enjoying going swimming regularly again, and going to the gym; to imagine herself looking at local papers for possible jobs, perhaps in the care field, or finding out about courses she might want to take; and to imagine herself in a new house with her boys back living with her and feeling positive about the future. I conveyed my impression of her as a strong, 'can-do' person, who could do much to change her situation within the next few weeks before I saw her again. 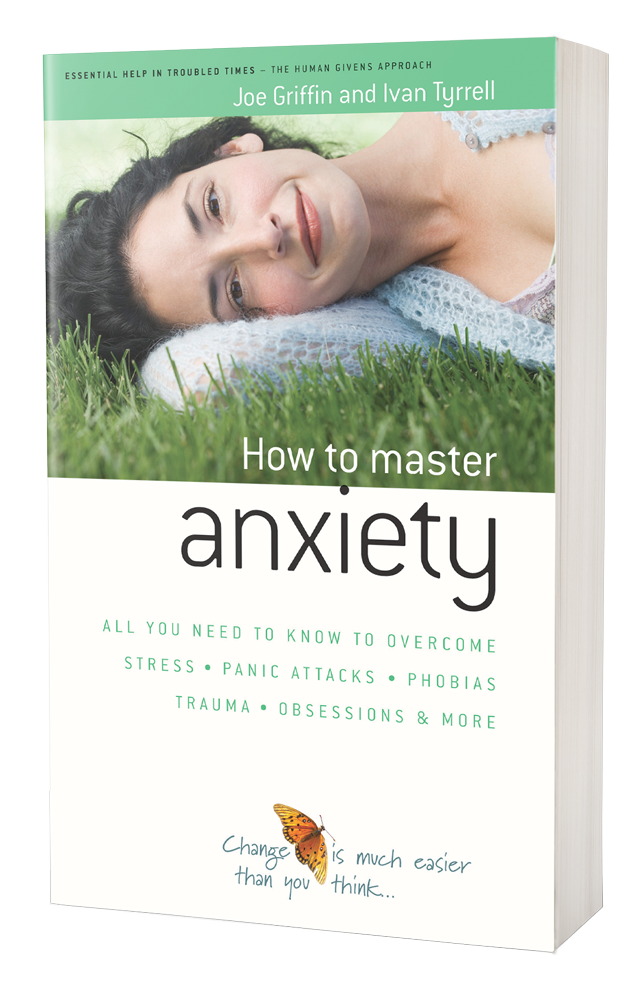 I also asked her to start noticing the good things, however small, that happened over that period and make more good things happen. "All you can work with is now and the future. You can't do anything about the past," I said. "I think the changes will be fantastic." "Okay," said Sarah. "That sounds good."

When she came back to see me a few weeks later Sarah was looking bright and alive. "I feel really well," she said. "You gave me a lot to think about, a lot of positive things." She told me she was swimming regularly and had already started losing weight. Although she hadn't gone back to the gym, she was using an exercise bike at home in the mornings.

She now had her children back staying with her three or four nights a week and planned to have them home full time very shortly, as she had now been offered a three bedroom house. She was doing a parenting course, which she found really useful in helping her handle her sons' behaviour, and had been in touch with an agency which helped single parents back into work. She was also "getting on top of" her bills and announced she had felt low only one day in the last month. "I actually feel in control of my life again," she said. "I felt like it was being taken over by, I don't know, I just felt like it was being taken over."

Shifting her focus on to solving her problems had stopped her negative introspections, normalising her sleep patterns as a result. Her voice was also back to normal. When I commented that she seemed to have everything pretty much under control and probably didn't need any further help from me, Sarah herself said, in amazement, "One session I think that's probably all it took, really; it gave me a push in the right direction. Whereas if I'd gone to [a different kind of] counselling, I might still be back where I was."

She told me she had had a couple of sessions with the counsellor at a college she had attended some years before. "The woman I had just sat there. She didn't comment on anything, she just expected me to pour out all about my past history. Basically, you are stuck in that little world still, revolved round the past, which isn't really a good idea because — you can't change it! [That kind of] counselling doesn't give you anything whatsoever to think about or to dwell on, whereas this therapy does. You've got a lot of positive things to think about that you can get on with in your life."

Did you find this interesting? – this article originally appeared in the Human Givens Journal - which is jam-packed with fascinating articles, case histories, research findings, interviews and more.

The journal takes no advertising at all, so to survive it needs new readers and subscribers – if you have found the information on this website helpful, and would like to support the human givens approach – please take out a subscription or buy a back issue today.