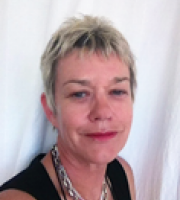 Fiona previously worked as a social worker for a local authority in Scotland for a number of years before immigrating to Australia. Fiona qualified as a Human Givens Therapist in 2002 in the UK and arrived in Australia in June 2004, becoming the first qualified Human Givens practitioner in Australia. Since then she has been running her own successful counselling practice in Redcliffe. Providing effective brief therapy for individuals, couples, children and families as well as running workshops and training for local community organisations. Fiona also completed her Bachelor in Social Work Degree in 2010.